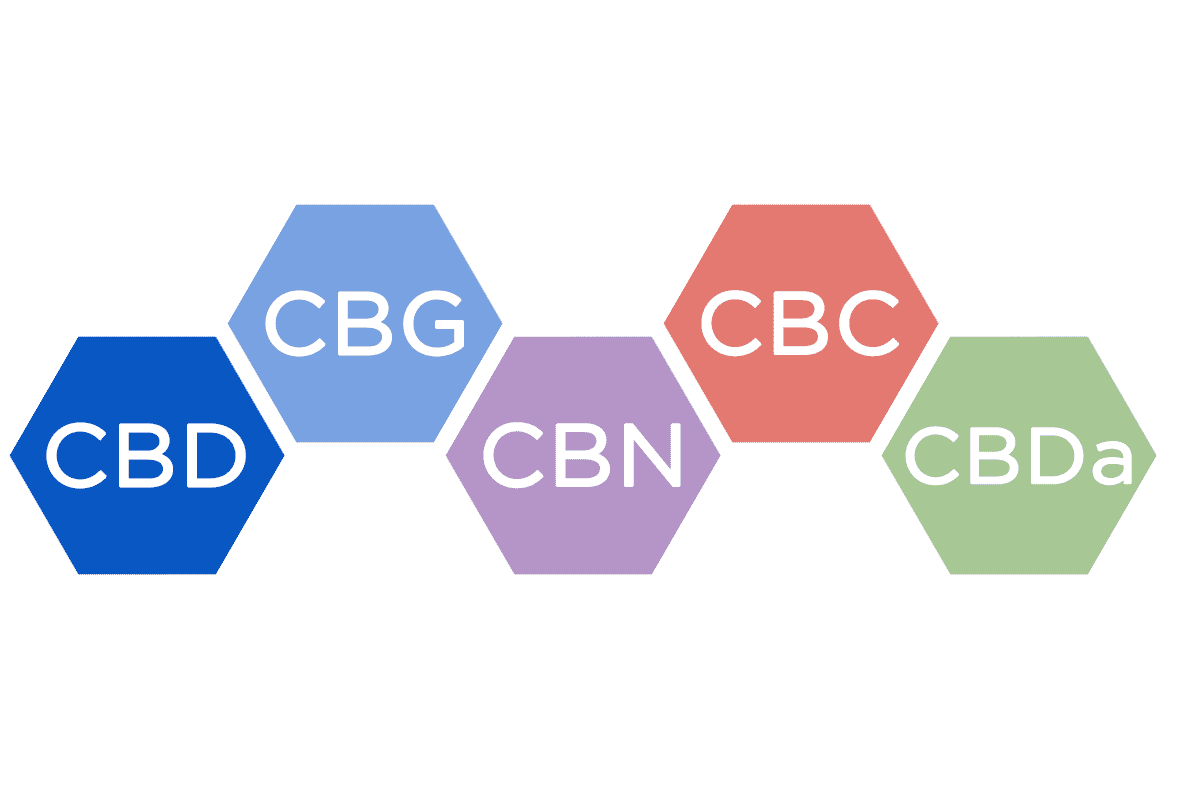 Many people are familiar with CBD and have experienced its all-natural benefits. Together with its intoxicating relative THC, it is the most famous of the cannabinoids. But did you know that there are over 100 other cannabinoids in the hemp plant? They each have slight differences in their molecular structure that enable them to work in your body in different ways.

While scientists have been aware of the many different cannabinoids for decades, it is only recently that varietals of hemp have been cultivated with high enough quantities to isolate and study. Scientists are discovering that these various cannabinoids share many qualities with CBD and with one another, but they also have unique properties that make them more effective for treating particular issues like pain and inflammation, sleeplessness, and stress.

One thing is certain with cannabinoids: they are more effective when they get to work as a team. The future of CBD products is custom blends of various cannabinoids in order to target particular health issues. The most effective products will draw on different players that, together, are a winning team for improving your health in specific areas.

Let’s meet four cannabinoids that may have a future as bright as CBD: CBG, CBDa, CBN, and CBC. You are likely to see these cannabinoids in new products, so it’s important to know how they can help you.

First, it’s important to answer the question, “What are cannabinoids?” The word “cannabinoid” can have negative connotations for some people because of its association with marijuana and THC specifically, which makes people intoxicated. But cannabinoids are simply a class of organic compounds that occur naturally, and most of which are not intoxicating at all.

In fact, your body produces cannabinoids. That’s right, human beings produce their own cannabinoids which regulate the functioning of many cells and body systems. This body system of cannabinoids and receptors is called the endocannabinoid system.

Besides mammals, cannabinoids are only found in one other source: cannabis. Hemp is a type of cannabis plant that has very low amounts of THC (less than .3%) and is federally legal. Hemp produces a variety of cannabinoids, most famous of which is CBD. In fact, Hemp is known for producing high quantities of CBD. But varietals of hemp are being developed that are high in other cannabinoids as well.

CBG has many similarities to CBD, including being non-intoxicating, but it also has some special characteristics that make it a great partner for CBD when addressing particular health issues, especially inflammation, and stress and anxiety.

Researchers have been studying CBDa since 2008. Similar to CBD, CBDa has a variety of anti-inflammatory effects, but the unique way it interacts with serotonin receptors shows great promise for its benefits for stress, anxiety, sleep and nausea. A 2013 study by scientists in Canada found that CBDa was a thousand times more powerful than CBD at binding to a specific serotonin receptor linked to anti-anxiety and anti-nausea effects. While the study was focused on nausea, this same receptor — the 5-HT1A serotonin receptor — can improve mood and reduce anxiety. People who are looking for all-natural ways to improve a depressed mood, reduce stress or anxiety, or quite anxious thoughts before sleep, CBDa holds great potential.

Another benefit of CBDa was revealed in studies by GW Pharma: it is faster-acting than CBD and our bodies absorb a higher percent of it. Its fast on-set and higher bioavailability means people can experience its benefits quickly and at lower doses.

CBN (cannabinol) is another non-intoxicating cannabinoid that scientists are now able to extract from the hemp plant in large enough quantities for commercial use. Like most cannabinoids, it has a lot of overlap with CBD including benefits such as: anti-inflammatory, anti-bacterial, and neuroprotectant. Where CBN is gaining the most traction is as a sleep aid.

When CBN is combined with low amounts of THC (the federally legal limit is .3%) the combination has a sedating effect. In human studies CBN and THC produce some drowsiness on their own, but when they are combined, the effect is magnified. This result is not surprising as one of the tenets of cannabinoid science that holds true again and again, is that cannabinoids are team players. They are more effective when they work alongside other cannabinoids. So CBN will be most useful as a sleep aid when it is in a full spectrum CBD product that contains very small amounts of THC.

It also appears that the sedating effects of CBN are enhanced when it is combined with particular terpenes. Terpenes are organic compounds that give plants their natural flavor, aroma, and color. Essential oils are primarily comprised of terpenes. The same body system that uses cannabinoids — the endocannabinoid system — also uses terpenes to accomplish its purposes. When CBN is combined with terpenes that also have a sedating effect, the overall effect is magnified.

– CBN is a team-player

CBD (Cannabichromene) is one of the more recent non-intoxicating cannabinoids to be studied. It has a variety of therapeutic benefits, just like CBD, as an antibacterial, antifungal, neuroprotectant, and mood-booster. However, it is showing unique promise at reducing pain and inflammation in the body.

In addition to increasing the production of our natural pain-killers, CBC also appears to desensitize pain receptors. TRPV1 rececptors are found on cells throughout your body. When you eat a hot pepper it’s the TRPV1 receptors that register pain in response to the chemical capsicum, which is found in spicy peppers. These receptors are sensitive to heat, pressure, and irritants. Overtime CBC may have a desensitizing effect on these receptors, both reducing pain and the release of chemicals that cause inflammation.

In another study on animals, CBC reduced inflammation in combination with THC more effectively than either compound on its own. Again, this points to the benefits of the entourage effect and the value of having CBC added to a full spectrum CBD product that contains small, non-intoxicating amounts of THC.

The Entourage Effect — Enhancing the Benefits of CBD

With the advance of science and chemistry, more of the cannabinoids found in hemp are able to be harvested and isolated. This creates the opportunity to boost products with specific cannabinoids to make them more effective for specific issues. It would be like creating a baseball team that is especially good at stealing bases, one that is especially good in the outfield, or one that is known for hitting lots of homeruns.

At Mission Farms CBD, we seek to create the most effective products possible for our customers and that means operating on the cutting edge of cannabinoid science. We were one of the very first CBD companies to increase the entourage effect by adding specific terpenes in essential oils that helped treat pain, anxiety, and sleep.

We are committed to continually increasing the effectiveness of our products. Be on the look-out for new products from Mission Farms that incorporate new cannabinoids for even better results.

We are excited for what is to come!