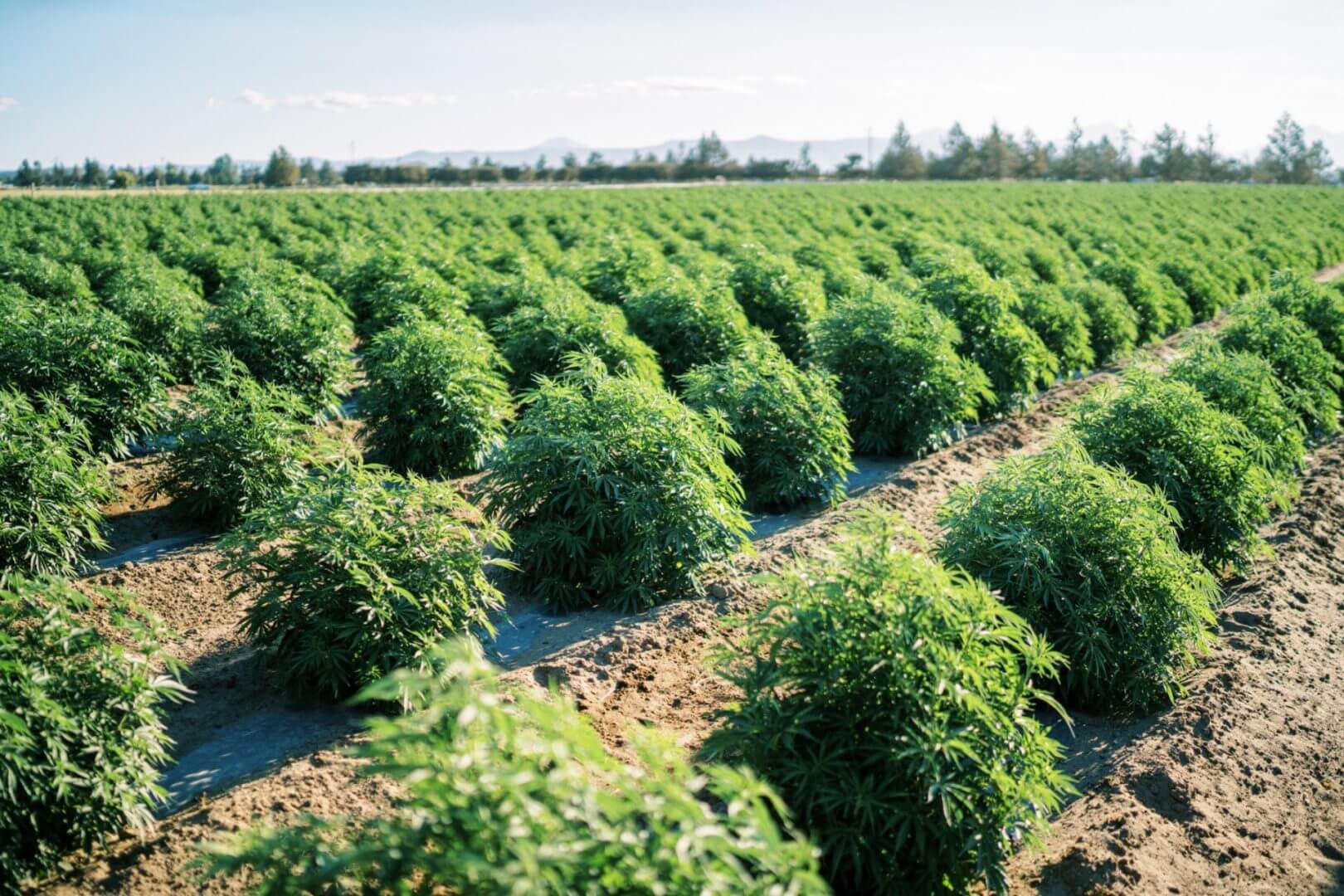 Cannabis laws are notoriously complicated. Cannabis is illegal, but not all of it. Still, a harmless mix-up or incorrectly labeled product could get you in big trouble if you´re not careful. While CBD is a safe substance, there are still dangers you might face regarding its legal status. In 2018, there have been over 650,000 arrests for marijuana law violations, and another 600,000 merely for possession of marijuana… But don´t worry, legitimate CBD products, such as our Mission Farms products, are all completely legal and safe to consume in all fifty states.

CBD is legal in every US state. So why should you care about marijuana charges? It´s simple: not all CBD is actually CBD. The state doesn’t regulate CBD. Since on a federal level, CBD is generally still considered a Schedule I drug, the FDA couldn’t care less about quality controls. What this means for you is that you’re going to have to do some research on CBD products yourself since labels aren’t completely reliable in this kind of situation.

A study showed that as many as 70% of CBD products don’t contain what the labels claim. They contain either less CBD than stated, none at all, and in some cases more than 0.3% THC. CBD is legal, THC isn’t. More often than you’d think, CBD products are technically illegal as they contain more than 0.3% THC, which in the eyes of the law is viewed the same as marijuana. Our full-spectrum products generally contain less than 0.15% THC, which is well under the legal limit. So you are always safe with Mission Farms’ CBD products.

It’s valuable to understand exactly what is and isn’t illegal when it comes to cannabis, and we wan’t to help you do that.

A Brief History of Hemp

The whole story began back in the early 17th century. The plan was to grow and export batches of hemp as a means to financially support England, the motherland. Hemp was mainly used for industrial purposes, such as for making rope, sails, and other materials, and the US was their main source for raw hemp.

This continued until 1906 when Congress declared medical cannabis as a poison in the Pure Food and Drug Act. To make things worse, the Marijuana Tax Act was passed in 1937, raising taxes for anyone who commercially handled hemp, marijuana, or cannabis, thus making it near impossible to legally cultivate. However, things changed when the Japanese were gaining power in the 1940s and the US Army urged farmers to start growing hemp again for its financial benefits, giving them a break from the heavy tax laws. The Marijuana Tax Act still remained but over 400,000 acres of hemp were cultivated in the next few years.

Finally, in 1970 a Supreme Court Ruling decided the Marijuana Tax Act was unconstitutional and got rid of the unnecessary restrictions on cannabis cultivation. Unfortunately, this victory for cannabis didn’t last long. The Nixon Administration created the Controlled Substance Act and promptly declared cannabis a schedule I drug, despite a lack of evidence.

A Schedule I drug is defined as “drugs with no currently accepted medical use and a high potential for abuse.” For comparison, heroin is right next to cannabis in the Schedule I drugs list. And this is still where cannabis remains to this day.

Marijuana vs. Hemp: What’s the difference?

In other words, it’s important to understand the difference between CBD and THC. The cannabis plant is made up of cannabinoids, terpenes, flavonoids, and other valuable ingredients. CBD and THC are the most popular cannabinoids in cannabis. THC is responsible for the “high” typically associated with cannabis. It has strong psychoactive effects and is intoxicating. CBD on the other hand isn’t intoxicating at all. It doesn’t interfere with your perception of reality, isn’t addictive, and doesn’t have any serious side-effects.

So what does this have to do with hemp and marijuana? Well, hemp is naturally high in CBD and very low in THC. Marijuana however is naturally higher in THC and comparably lower in CBD content. In short, when consumed, marijuana has psychotropic effects, hemp doesn’t.

Why does all this matter? Is CBD legal in all states or not? The answer is, yes- as long as the CBD is derived from hemp.

In December of 2018, a new Farm Bill was released which changed the laws surrounding cannabis yet again. The 2018 Farm Bill is essentially meant to support farmers. It creates better crop insurances, improves and redesigns guidelines, supports disaster programs, and more.

Regarding CBD, the new bill removes hemp and cannabis products with a THC level of 0.3% or lower from the Controlled Substances Act. What makes this bill so significant? Well, the Controlled Substance Act didn’t differentiate between marijuana, hemp, and other cannabis derivatives. Now it does. This means that there´s potential for new legislation, depending on what type of cannabis we’re dealing with. We´ll explain the marijuana-derived CBD legality by state later on.

Since the 2018 Farm Bill has legalized hemp crops, as well as the extracts of hemp, you´d think this means that CBD products would be treated the same as other legal commodities. But no. The FDA still refuses to regulate CBD products since they violate the federal Food Drug & Cosmetic Act, making them more or less illegal.

It can be really tricky keeping up with all these different cannabis laws. There are federal laws declaring cannabis as an illegal drug, state laws that each allow CBD and in some cases marijuana, and now also the 2018 Farm Bill, that changes the definition of what marijuana is, redefining the previous laws all over again. So where is CBD legal? And is cannabis oil legal in all states?

Don’t worry, we´ll help you through this mess. First of all, hemp-derived CBD is legal for recreational use in every state. Marijuana-derived CBD not so much. Here’s a list of the marijuana-sourced CBD legal states:

Nowadays, you can get CBD anywhere. You can buy CBD bath bombs in salons, find CBD bonbons at gas stations, or even have CBD cat food delivered to your doorstep by the next day. Even though CBD has become so normalized in our daily lives, it still isn’t treated the same as other products we regularly use. CBD products aren’t regulated, or properly checked for their quality. They often don’t contain what they should, and in some cases would even be classified as marijuana, which remains an illegal drug. At Mission Farms CBD we are meticulous about crafting safe, effective and legal products. All Mission Farms CBD products are triple-tested and all fulfill the legal regulations.

The best way to do so is by looking at third-party lab results of CBD products. High-quality CBD brands will usually have a Certificate of Analysis you can check out, which shows exactly what’s contained in their products. This way you can be sure you aren’t unknowingly breaking the law by consuming marijuana instead of hemp (the difference being a THC level under 0.3%).

Here you can take a look at our Certificate of Analysis and how we make our products using hemp specifically bred to be higher in CBD and lower in THC than regular industrial hemp. You can reap all the benefits of full-spectrum CBD without having to worry about the THC content being more than what your state allows. All Mission Farms CBD products are completely legal in all US states.

The Science Behind CBD and Sleep

How to make a CBD Peppermint Latte