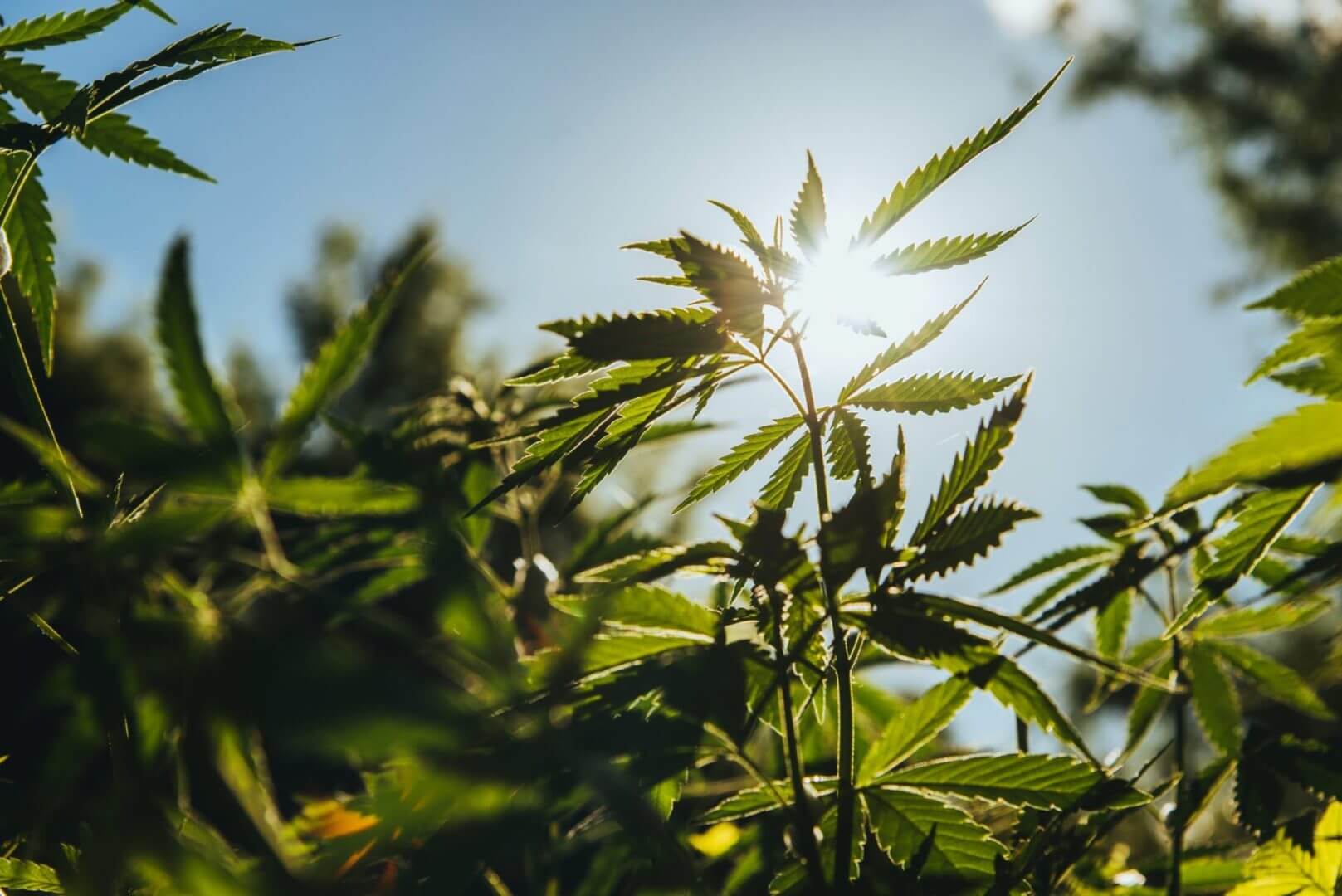 Cannabidiol, or CBD as it is more commonly known, is gaining mileage with more and more publicity recently, and rightly so. Since its initial discovery and subsequent US FDA (Food and Drug Administration) approval as an effective active ingredient for the treatment of certain epilepsy spectrums, it has come to exhibit its potential for a wide variety of other therapeutic applications.

Several studies have shown that it is a useful tool in managing conditions such as chronic pain and inflammation, sleep disorders, anxiety, and hormonal disorders, among others.

One of the most common misconceptions about CBD, and understandably so, is its alleged potential to cause addiction. To dispel these CBD addiction notions, it is essential to understand how CBD works in the body, how it is different from THC (the other component found in the cannabis sativa L plant), and how the source of cannabinoid products affects your chances of developing addiction.

One of the primary differences between THC and CBD is that the latter is a non-psychoactive cannabinoid existing in the cannabis sativa L plant while tetrahydrocannabinol (THC), is a psychoactive component in the same plant. THC stimulates an increase in the release of dopamine in the brain, leading to a pleasurable high or euphoric sensation.

The endocannabinoid system (ECS) is a complex biological system in the body that governs and regulates essential processes such as pain reception, sleep, memory, mood and other functions.

This system is composed of three components: receptors, enzymes and endocannabinoids.

Endocannabinoids are neurotransmitters that attach to receptors to help regulate our physiological and cognitive processes. Enzymes are substances that break down endocannabinoids once the latter’s function is complete. There are two types of receptors – CB1 and CB2. These receptors are found in the central/peripheral nervous systems and in some other parts of the body in lower densities.

When any disruption occurs in the ECS, this impacts the body negatively, resulting in symptoms of sleep interruption, pain, anxiety, mood issues, and other regulatory process disorders.

Cannabinoids like CBD and THC interact with the endocannabinoid system, in a way that might potentially help counteract any deficiencies or disturbances in the ECS. However, each cannabinoid interacts differently – THC binds to the receptors while CBD has a lesser binding proclivity. The binding effect is crucial in eliciting psychoactivity and other effects.

THC activates the brain’s reward system by triggering the release of dopamine, giving the user that high sensation. It also alters the functioning of several areas in the brain, thus impairing thinking and information absorption. THC is often associated with dependence, leading to withdrawal symptoms in the absence of the chemical.

CBD, on the other hand, merely influences and helps activate several signaling systems to help the ECS function more smoothly and carry out its regulatory processes more efficiently.

By itself, CBD is not addictive. A 2017 report by the World Health Organization found that CBD in its pure state shows no effects that indicate abuse or dependence potential in both humans and animals. The National Institutes of Health likewise affirms this and states that a dose of 1, 500 mg of CBD per day for up to four weeks is safe.

However, because some CBD products contain some percentage of THC in them, the question of addiction remains. This is when it becomes vital to consider the source of a product. CBD comes from either two sources – the marijuana plant or the hemp plant. The main difference between them lies in the levels of THC found in each plant.

There is a lot of confusion surrounding the terms “hemp,” “cannabis” and “marijuana.” These terms interchangeably, not knowing that they mean different things.

Hemp and marijuana are variants of the cannabis plant. Although it seems like hemp has come into the spotlight only in recent years, it has actually been grown for hundreds of years and used in a wide range of commercial and everyday products, like paper, textiles, ropes, building materials and many more. For CBD oil extraction, manufacturers most often use the stalk, flowers and leaves of hemp.

The easiest way to tell them apart is from their appearance. Marijuana leaves tend to be either broad in shape while hemp tends to have skinnier leaves distributed mostly at the top of the plant.

The growing methods for these two forms are different as well. Marijuana plants are much more sensitive to temperature and humidity and need to be grown in a carefully controlled environment. They need to be planted six feet apart and would thus require a larger space for cultivation.

Hemp, on the other hand, can be planted more densely, as close as 4 inches apart, and are not as sensitive to environmental factors. These two variants cannot be grown together because pollen from hemp would ruin the marijuana crop and dilute the latter’s psychoactivity.

But the most significant difference between these two plants lies in their chemical composition. Hemp contains less than 0.3% THC and a high level of CBD. In direct contrast, the marijuana plant contains a low level of CBD and a high average level of 5-20% THC. In premium marijuana, this number can even reach as high as 30%.

Even though the effects of CBD are the same whether it is derived from hemp or marijuana, the advantage of consuming hemp lies in being as close to the pure CBD state as possible, and therefore carries with it less chances of addiction and consequent withdrawal.

Research studies have shown that since CBD alone is not psychoactive, there is no evidence of CBD dependence or CBD withdrawal symptoms. In some cases, as reported in a 2017 literature review of CBD safety, there might be some side effects, as it is with any other therapeutic or medical substances, but the most commonly reported side effects were minor and limited to tiredness, diarrhea, fatigue, and changes in appetite and weight.

Another factor that works in CBD’s favor is its little risk of developing tolerance. Typically, as one ingests a drug or a substance, he develops a higher degree of sensitivity to it, and the same dose becomes less effective over time. This results in the individual consuming a higher dose as time goes on. But in CBD, the opposite is true.

Continued use of CBD actually results in a decrease in tolerance, and a smaller dose might be enough to achieve the same effect as time goes by. This is attributed to the fact that CBD does not bind enthusiastically to endocannabinoid receptors and so does not carry with it any potentially addicting or tolerance-inducing effect.

This difference in THC level between hemp and marijuana renders hemp the more lucrative option for CBD product manufacturers. This is also the reason why it was removed from the government’s list of controlled substances in the 2018 Farm Bill.

Legal hemp that contains a maximum of 0.3% THC makes it impossible to feel any psychoactive effect and eliminates any potential for addiction. Instead, consumers will be able to enjoy the numerous benefits of CBD with none of the risks associated with THC.

And these benefits are quite wide-ranging – many research studies have shown that CBD has analgesic, anti-inflammatory and anti-anxiety properties. Thus, more and more health professionals are recommending it as a valuable health supplement.

So, is hemp addictive? To put it simply, the less THC there is in a CBD product, the safer it is to use. All of this should make it clear that hemp oil is not an addictive substance. Shop our CBD Oils from Mission Farms CBD, where we offer both THC-Free and Full-Spectrum CBD Oils.

Aside from its non-addictive properties, there are many benefits of using hemp-derived CBD oil. Compared to isolated CBD extracts, full-spectrum hemp oil has the advantage of the “entourage effect”. This refers to the synergistic relationship between the 140 different cannabinoids present in hemp oil that work together, giving the consumer a richer and more profound outcome.

Hemp oil has been shown to have a healing effect on the skin and may be a helpful treatment for conditions like acne, eczema, psoriasis and other skin disorders. It has also been shown to boost the immune system, provide pain relief, alleviate the effects of mood and sleep disorders, PMS, menopause and other hormonal issues, as well as serve as an antioxidant, anti-aging and digestive supplement.

Since its approval by the FDA, consumers have become more interested in CBD oils. More research is needed to uncover and understand the full range of benefits and applications that CBD may have, but so far, despite the controversy surrounding it, it is proving to be a valuable presence in the health and wellness industry.

At this point, however, the data shows that cannabinoid therapy is not a one-size-fits-all thing. It is instead highly individualistic and dependent on specific symptoms being treated. The best way to choose a product that works for you is to consult a doctor or a qualified health and wellness specialist or visit a dispensary to seek advice.

The Science Behind CBD and Sleep

How to make a CBD Peppermint Latte